Catholics have a bad reputation. The world thinks of us as largely irrelevant and mostly negative. Society has become so extreme in its embrace of various forms of immorality, we are largely [Read More...]

There are only nine days until Christmas. Time to pray with increased intensity to prepare for the Nativity of the Lord Jesus. Option 1 Click here for a traditional Novena prayer that [Read More...]

Sunday: If Christ Is Risen, Faithlessness Is in Vain

(Photo: Flickr Yuya Sekiguchi) St. Paul famously said that if Christ has not been raised from the dead, our faith is in vain. This Sunday’s Gospel shows that the same thing can [Read More...]

On March 14, 2013, John Shankman was involved in a single car accident that nearly took his life. His mother, Dr. Kimberly Shankman is dean of the college at Benedictine College in [Read More...] 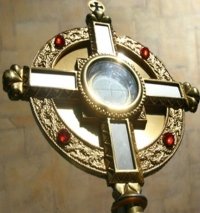